CHC Group has announced they have signed a 30-month contract continuation with Royal Australian Air Force (RAAF) to provide search and rescue services at five bases around Australia. 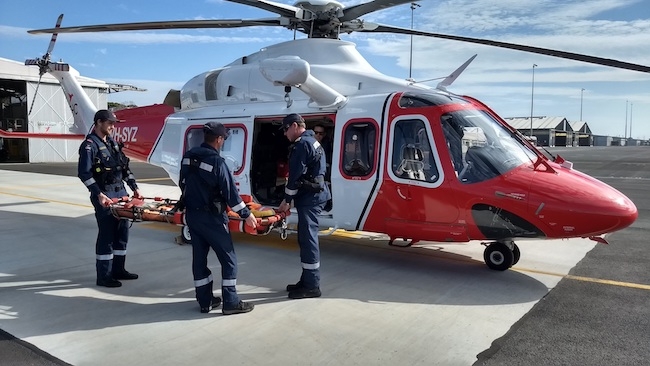 The first of these aircraft have already been introduced at the base in East Sale and a further five will be rolled out throughout 2018.

The AW139 aircraft will be search and rescue configured with four-axis auto hover, allowing them to hover over water at night. CHC is the most experienced operator of auto hover technology in Australia. The crews will also use white phosphorus night vision technology, introduced into Australia by CHC, which is designed to offer greater range and vision clarity than any other existing technology.

“We’re delighted and honoured to have signed this continuation with the Royal Australia Air Force,” said Vincent D’Rozario, CHC’s Regional Director for Asia Pacific. “CHC Helicopter has worked closely with the RAAF for almost 30 years, it is a pleasure to continue that relationship with the provision of a more capable, new generation aircraft. Fitted with four-access auto hover capabilities and CHC’s award winning night vision technology, we know these aircraft will prove invaluable support during training exercises.”