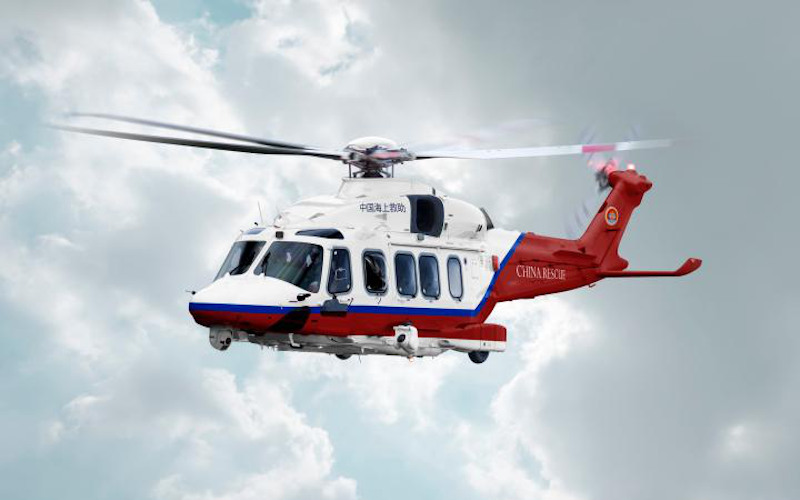 More than 200 Leonardo civil helicopters of various types have been sold to Chinese operators to date for a range of both commercial and public services. (Photo: Leonardo)

China’s Rescue and Salvage Bureau of Ministry of Transport, PRC (MOT CRS) signed a contract for six Leonardo AW189 super-medium twin-engine helicopters, which will be utilized across the coastlines of China for maritime SAR operations. The fleet deliveries will be completed by 2023.

The PRC (MOT CRS) is China’s only national maritime professional rescue and salvage force. It undertakes a range of missions, including emergency response to maritime accidents in Chinese waters, rescue of life, ships and property, salvage of sunken ships and wreckages, oil spill clean-ups, and other rescue missions for maritime transport and development of maritime resources.

In addition, Leonardo explains MOT CRS performs the obligations of relevant international conventions and bilateral agreements on maritime transport and rescue on behalf of the Chinese Government. MOT CRS currently operates 20 helicopters across eight bases along China’s coastline. The six Leonardo AW189s will be joining MOT CRS in 2023 to extend its SAR capability to 200nm radius.