Features Military
Did Ottawa get a bad deal on its $7B fighter jets? Here’s what experts have to say 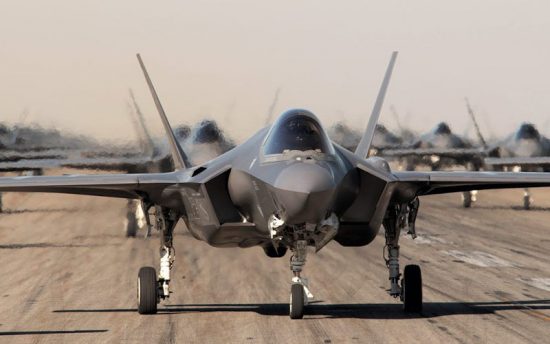 OTTAWA — Experts are warning against drawing conclusions on whether Canada is getting a good deal for the F-35, given the large startup costs associated with buying and fielding a new fighter jet, which include much-needed upgrades to the Air Force’s physical and digital infrastructure.

While a formal announcement has not been made, The Canadian Press reported on Tuesday that the Department of National Defence has received authorization to spend $7 billion on an initial set of 16 F-35s and associated gear.

While that works out to about $450 million per plane, which is about four times more than the publicly reported cost of the aircraft, the total includes weapons and spare parts, new facilities to house and maintain the fighter jets and upgrades to the military’s computer networks.

Experts say those infrastructure and network upgrades are necessary given the state of the Air Force’s current facilities and the advanced nature of the F-35 compared to the CF-18s, and they almost certainly account for most of the $7 billion.

“What’s occurred here is they basically front-loaded every single cost that wasn’t related to the acquisition of the aircraft,” said F-35 expert Richard Shimooka of the Macdonald-Laurier Institute. “Hangars, labs and support equipment. They’ll probably buy all of the terminals and support equipment right off the bat.”

The Liberal government has repeatedly promised to buy a total of 88 new fighters to replace Canada’s aging CF-18s, which sources say will occur in batches.

The government has previously pegged the cost of buying the fleet at $19 billion. But Defence Minister Anita Anand confirmed earlier this year that figure was being “refined,” and it has not been clear what that figure does — and does not — include.

Many of the questions about the cost of Canada’s plan have revolved around an announcement last week that Germany has inked a US$8.4-billion deal to buy 35 F-35s and associated weapons, spare parts and support services from the United States. That works out to about C$11.4 billion, or $325 million per plane.

“The reported cost of this purchase, for only 16 jets, is outrageous,” NDP defence critic Lindsay Mathyssen said in a statement on Wednesday.

“Earlier this year, the government intended to purchase 88 fighter jets for $18 billion. Clearly today’s news suggests the government is not interested in getting the best value and is leaving Canadians on the hook to pay for their bad decisions.”

But Shimooka said Canada will end up paying less per plane than Germany, because it is one of eight partner countries that have been paying for the F-35’s development costs since 1997. Germany is not a partner country and is purchasing the plane from the U.S. through a different mechanism.

“So Germany’s not a great comparison,” he said.

Rather, he suspected that Canada, as a partner, will pay the same amount per plane as the United States. While that figure bounces around from year to year as Washington negotiates future production schedules with F-35 maker Lockheed Martin, the current fly-away cost is about $105 million per plane.

A report published by the Defence Department in August 2013 laid out the anticipated costs associated with replacing Canada’s CF-18s with F-35s. These included simulators, ground support equipment, repair facilities, a reprogramming lab and upgrades to various bases and airfields across the country.

“So you can’t just divide 16 by $7 billion,” he said. “We already know that involves infrastructure and involves upgrades, involves weapons systems. So there’s a lot bundling. And until we get the details, nobody can comment on what this involves in terms of per-unit cost.”

Retired lieutenant-general Andre Deschamps, who previously served as commander of the Royal Canadian Air Force, said the government would need to spend money to upgrade the country’s fighter jet bases in Cold Lake, Alta., and Bagotville, Que., no matter what aircraft it ended up buying.

“These are 1950s hangars that we built in Cold Lake and we built in Bagotville,” said Deschamps, who now works for Ottawa-based CFN Consultants, a lobbying firm whose customers include Lockheed Martin. “So there’s a major investment required no matter what fleet we buy.”

The Defence Department had started planning to upgrade its fighter bases by awarding two contracts in 2020 to begin design work on new hangars. However, because the government had not yet committed to the F-35, that work was very generalized.

Deschamps said the requirements for the F-35 will be especially advanced given the nature of the aircraft. It will mean not only improving the physical facilities in Cold Lake, Bagotville and other places where they will operate, but also upgrading the military’s information systems.

“There’s a lot of costs in physical and digital infrastructure,” he said. “So that’s billions of dollars to do all the bases, forward operating locations, deployed operating locations. Anywhere these fighters go, you’re going to have to have an improved footprint so they can operate from those locations.”