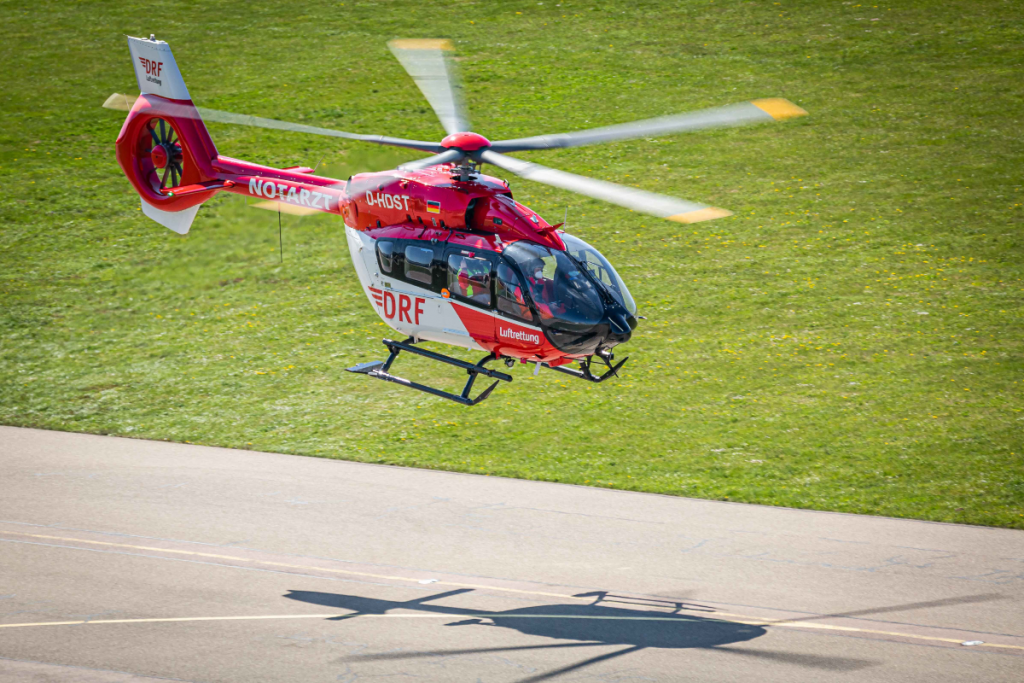 Airbus in cooperation with operator DRF Luftrettung performed the first retrofit of a four-bladed H145 into the helicopter manufacturer’s new five-bladed version.

The helicopter is deployed to the Villingen- Schwenningen station, where it will replace the H145 with four rotor blades currently in use. The process involved in the retrofit was developed in cooperation with the manufacturer Airbus Helicopters at its site in Donauwörth, as part of this first conversion.

It will now serve as a template process for all other retrofits. “The decision to convert existing type H145 helicopters from our fleet to the five-bladed rotor system enables us to pursue one of our key goals: further improving the options for our crews and consequently also the survival and recovery chances of our patients,” said Dr Peter Huber from the Executive Board at DRF Luftrettung in a statement.

This commission means new features of the helicopter will benefit the only night flight station in Baden-Württemberg. The upgraded H145 can fly with a higher capacity at the same performance level in comparison to its predecessor, enabling the crew to react quickly to spontaneous emergencies, as they can then take extra medical staff with them.

In addition, the fifth rotor blade means the helicopter flies more smoothly, explains Airbus, making it more comfortable for patients being transported. On top of the rotor blades and the rotor pylon, other helicopter parts will be exchanged or renewed as part of the conversion, leading to additional improvements. These include modifying the main transmission, exchanging batteries and software updates.

Within the next three years, the air rescue organization plans to convert all its helicopters from four to five rotor blades. The technical will take place in the DRF Luftrettung’s own hangar in its Operation Center at Karlsruhe/Baden-Baden Airport. The organisation will also offer the retrofit for the H145 to external clients in future, too.

DRF Luftrettung took over its first type H145 helicopter with a five blade rotor in December 2020 as a new machine from the Airbus Helicopters production. It was the first of its kind to be starting out on air rescue missions in the German-speaking area in the Stuttgart region as from March 2021 as “Christoph 51”.