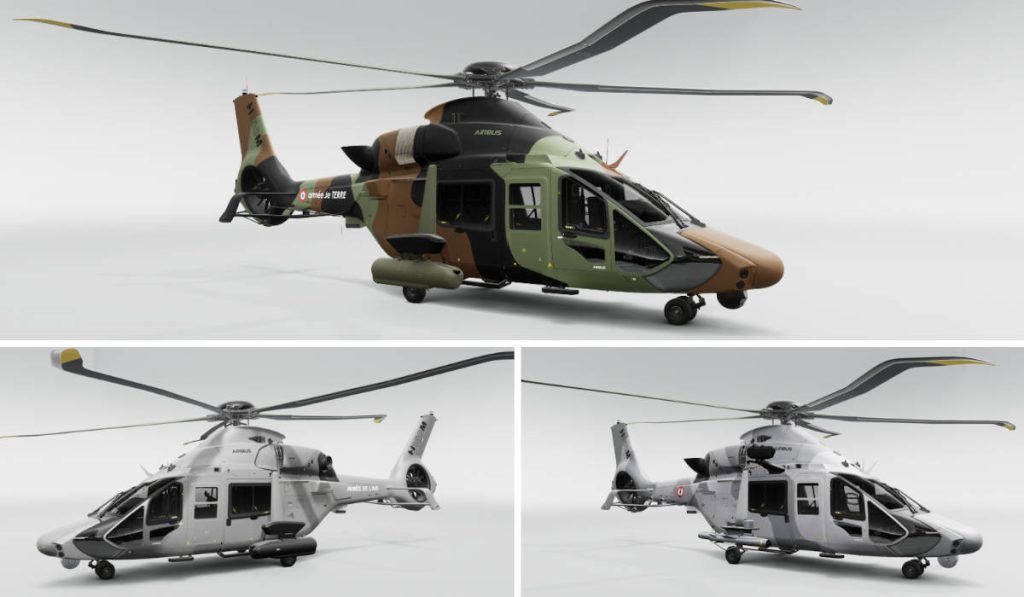 The French Armed Forces plans to order a total of 169 H160M helicopters, or Guépard, with deliveries beginning in 2027. (Image: Airbus)

The French Armament General Directorate (DGA) signed a contract with Airbus Helicopters for the development and procurement of the c in the frame of the Light Joint Helicopter program (HIL). The contract includes the development of several prototypes and the delivery of a first batch of 30 aircraft (21 for the army, eight for the navy and one for the air force).

The French Ministry for the Armed Forces plans to order a total of 169 H160M helicopters, or Guépard as it will be known in the French armed forces. Deliveries will start in 2027 beginning with the French Army.

“The Guépard is the result of 10 years of close cooperation with the DGA and the French armed forces,” said Bruno Even, CEO, Airbus Helicopters. “The H160M will bring new capabilities to the armed forces as it is adapted to modern warfare thanks to its increased connectivity, maneuverability, low acoustic footprint, and a fully integrated support system.”

The first of a new generation of helicopters, the H160M is derived from the EASA-certified H160. Airbus explains the H160 was designed to be a modular helicopter, enabling its military version, with a single platform, to perform missions ranging from commando infiltration to air intercept, fire support, and anti-ship warfare – in order to meet the needs of the army, the navy and the air force.

Airbus explains trials conducted in the Moroccan desert in July 2021 demonstrated the efficiency of the H160’s inlet barrier filtration system in protecting the Safran Arrano engines against sand ingestion. The tests in the desert also demonstrated the efficiency of the automatic flight control system during the takeoff and landing operations with limited visibility due to sand clouds. As a result, Airbus explains the H160M will be ready to operate in the roughest conditions.

Airbus explains he military version of the H160 will be more discreet than previous helicopters with a reduced acoustic signature made possible by Blue Edge blades. The H160’s stability, maneuverability, and an automatic flight control system will be key assets for the military version. The H160M will be equipped with Airbus Helicopters’ HForce weapon system, a modular and incremental solution enabling the use of a large choice of weapons. Equipment will also include a hoist and a fast roping arm.

The H160M Guépard will be equipped with the Safran Euroflir 410 electro-optical system, the Thales FlytX cockpit avionics suite, and AirMaster C radar. The pilots will be able to use the Thales TopOwl Helmet-mounted Sight & Display. The Guépard will also carry a self-protection suite, a satellite communication system and tactical data link system. The weapon package will include the MBDA ANL anti-ship missile, pod mounted and door mounted guns.