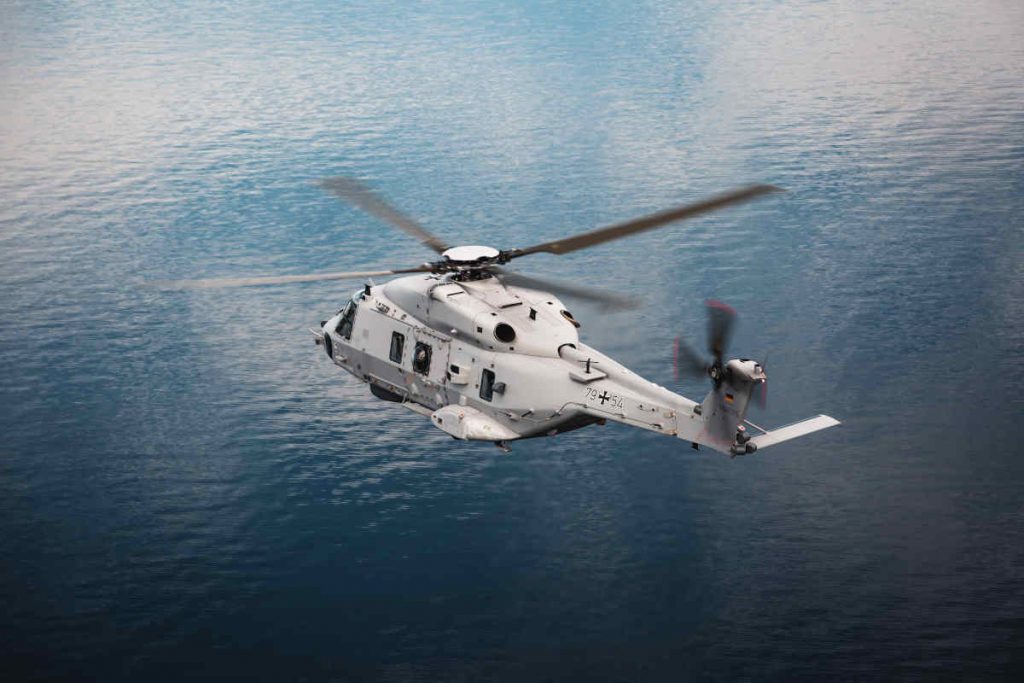 The first Sea Lion for the German Navy is also the 400th NH90 helicopter to be delivered. (Photo: Airbus / Patrick Heinz)

Airbus Helicopters has delivered the first NH90 Sea Lion naval multi-role helicopter to the Federal Office of Bundeswehr Equipment, Information Technology and In-Service Support (BAAINBw), with a further two to be delivered by the end of the year.

In total, 18 Sea Lions have been ordered for the Germany Navy, with deliveries expected to be completed in 2022. The selection of the Sea Lion as the successor to the Sea King was made in March 2013 and the corresponding contract was signed in June 2015.

“During the summer, we successfully completed demonstration flights involving the German Navy and BAAINBw to verify the Sea Lion capabilities for search and rescue as well as special forces missions,”said said Wolfgang Schoder, CEO of Airbus Helicopters Deutschland. “I am confident that these helicopters will bring next-generation capabilities to the German Navy.”

When deployed, Airbus explains the NH90 Sea Lions will take on a range of roles including search and rescue (SAR), maritime reconnaissance, special forces, and personnel and material transportation missions. In addition to its land-based use, the Sea Lion will also operate on Type 702 (Berlin class) combat support ships.

Airbus explains the fly-by-wire flight controls of the NH90 Sea Lion reduce the crew’s workload, which particularly come to the fore in over-water hovering, even in poor weather conditions. The German Navy has also recently opted for the naval version of the NH90 to succeed its 22 Sea Lynx Mk 88A on‑board helicopters that have been in service since 1981.