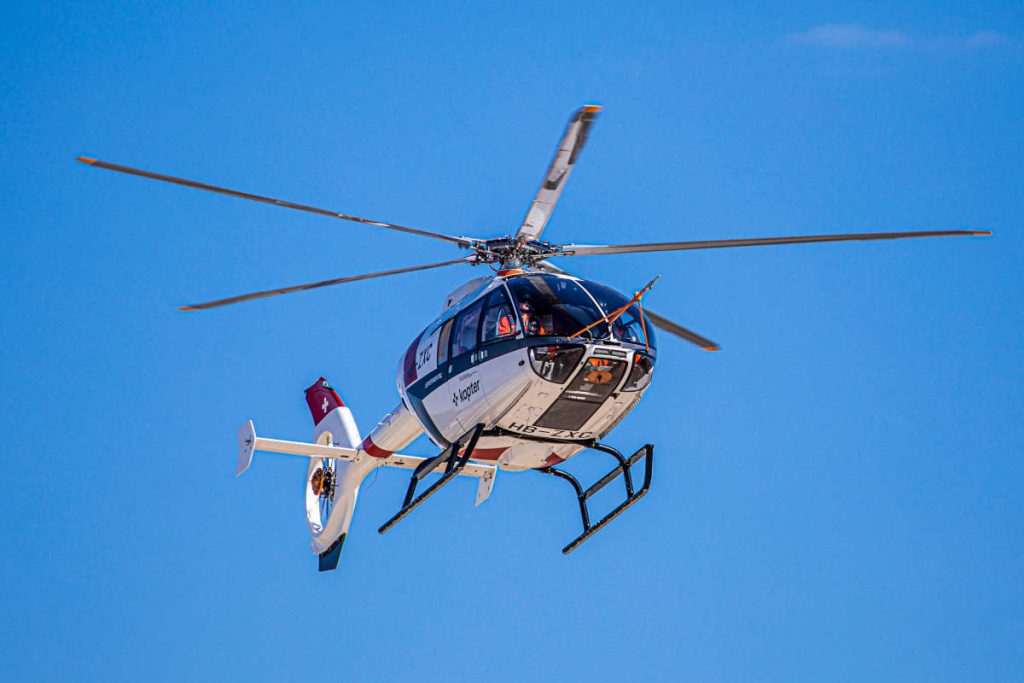 Kopter has completed 34 flights in Sicily with the third prototype of its SH09 helicopter, opening the aircraft’s flight envelope beyond 10,000 feet and hitting an airspeed of 135 knots. In March 2019, transferred its third prototype (P3) together with a team composed of 20 flight test engineers, pilots and mechanics to Sicily to set up the additional flight test base in the town of Pozzallo.

The company explains Pozzallo provides perfect operational conditions to conduct the SH09 flight test campaign needed in the frame of certification. It offers very limited restrictions and favourable weather conditions throughout the year, explains Kopter, while giving the opportunity to experience a demanding climate with hot temperatures, high humidity, strong winds and a salty atmosphere.

Since its arrival and over a period of two months, Kopter reports it reached an overall 100 flight test hours with P3 and the first major inspection has been carried out successfully. The company states its major outcome is the opening of the SH09 flight envelope up to 10,000 feet altitude and up to a speed of 135 knots. P3 performed as expected, states the company, and the tests generated data that is being used to finalize the design of the serial production SH09. 2020 remains the target for SH09’s EASA certification.

The next phase of the flight test campaign, after implementing some aerodynamic refinements further improving P3 handling qualities and the retrofit of the main gear box housing, will see P3 going higher, faster and further. It will allow gathering the remaining data needed to finalize the configuration of Pre-Series aircrafts n°4 and n°5 (PS4 & PS5), which will contribute to the certification flights next year.