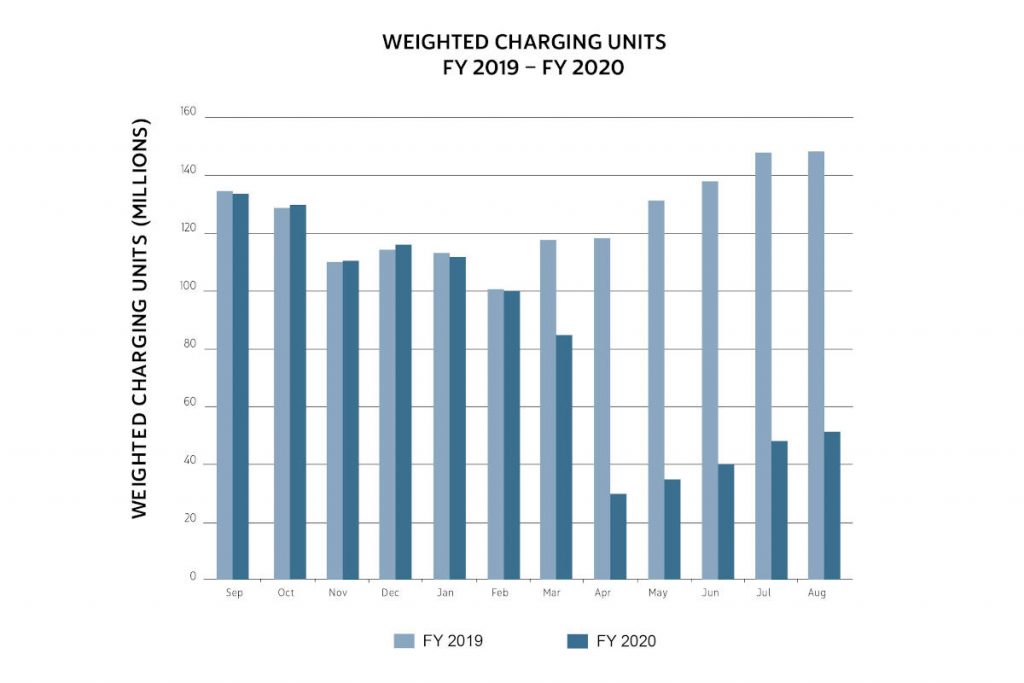 NAV CANADA today published its traffic figures for the month of August 2020, as measured in weighted charging units for enroute, terminal and oceanic air navigation services, in comparison to the corresponding month of last year.

Traffic in August 2020 decreased by an average of 65.6 per cent compared to the same month in 2019. This represents a slight improvement from the traffic figures reported in July 2020, which saw a daily average decrease of 67.6 per cent when compared to July of last year.

NAV CANADA today also published traffic figures in weighted charging units for its full fiscal year, which runs from September 1 to August 31. The year over year figures correspond to the business impact of COVID-19 on Canadian aviation.