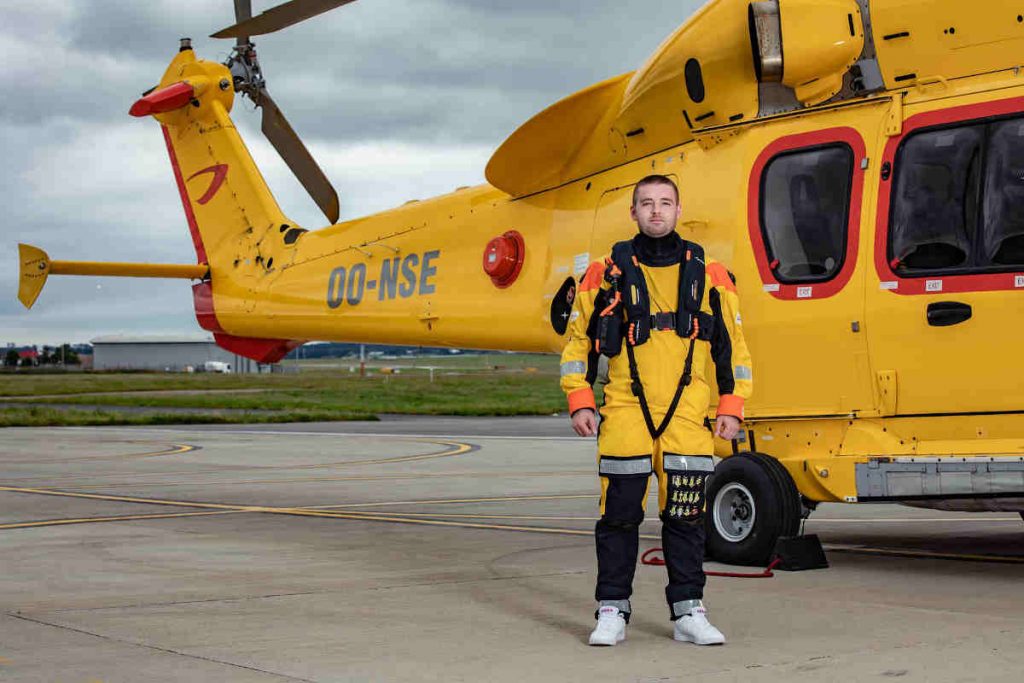 A new compressed air Emergency Breathing System (EBS) for offshore helicopter passengers and crew introduced by global safety and survival solutions provider Survitec has been designed to offer personnel a greater chance of survival in a water impact scenario.

Survitec’s new bespoke Category A EBS has already been integrated into the company’s Halo aviation lifejacket and can be deployed in a single action, using one hand.

It features a mouthpiece with an integrated nose clip, a braided low-pressure hose and a reinforced carbon composite compressed air cylinder. The EBS weighs 949g which is 30% lighter than competing systems.

The Civil Aviation Authority CAP 1034 guidelines (Development of a Technical Standard for Emergency Breathing Systems) to which Lutman refers were developed in 2013 after a spate of fatal helicopter accidents. It states that EBS should provide sufficient air supply for 60 seconds of breathing time at a depth down to 2m.

Over the last 20 years, EBS technology has evolved significantly. Originally, they were classed as rebreathers, these were superseded by hybrid rebreathers and finally, the compressed air systems that we see today. All of which have their advantages and disadvantages.

Nigel Parkes, head of Lifejacket Design, Survitec, explains. “One of the first EBS was the rebreather system, ostensibly a counter-lung allowing the wearer to breathe back in their own expelled breath. These need to be orally inflated prior to submersion and are not effective when personnel have to escape from depths of more than a few metres.”

The rebreather style system evolved to a hybrid rebreather. This incorporated a cylinder of compressed air containing the equivalent of a lungful of air that is automatically released into the counter-lung on submersion.

“The addition of an air cylinder does provide the user with air to breathe if there is little time to take a deep breath, but again, this type of system is less likely to be effective at depths of more than a few metres. The increased air capacity can also increase overall buoyancy of the lifejacket, impacting the means of escape,” said Parkes, before commenting on the advantages of a compressed air EBS.

“With these new systems, they are more suited for underwater deployment and can be used at depth because pressurized air is supplied on demand.

“Imagine you’re evacuating a submerged helicopter. It’s dark. Water is flooding in. You don’t know whether up is down or down is up and panic is setting in. The last thing you want to worry about is remembering to take a deep breath.”

“Further to this, sudden exposure to cold water can induce the cold water shock response, which can significantly affect the individual’s ability to hold their breath.”

Indeed, a primary reason for developing the new EBS was to take into consideration the additional air capacity required by someone under extreme stress. When people panic, their breathing is rapid and air supplies can be quickly depleted.

Parkes said: “The introduction of a 310 bar cylinder allows us to substantially increase the amount of breathable air available for use by the user in a water impact scenario. By combining composite materials within a pocket shielded and reinforced for impact protection, our design teams have also delivered a much lighter, more resilient CA-EBS.”