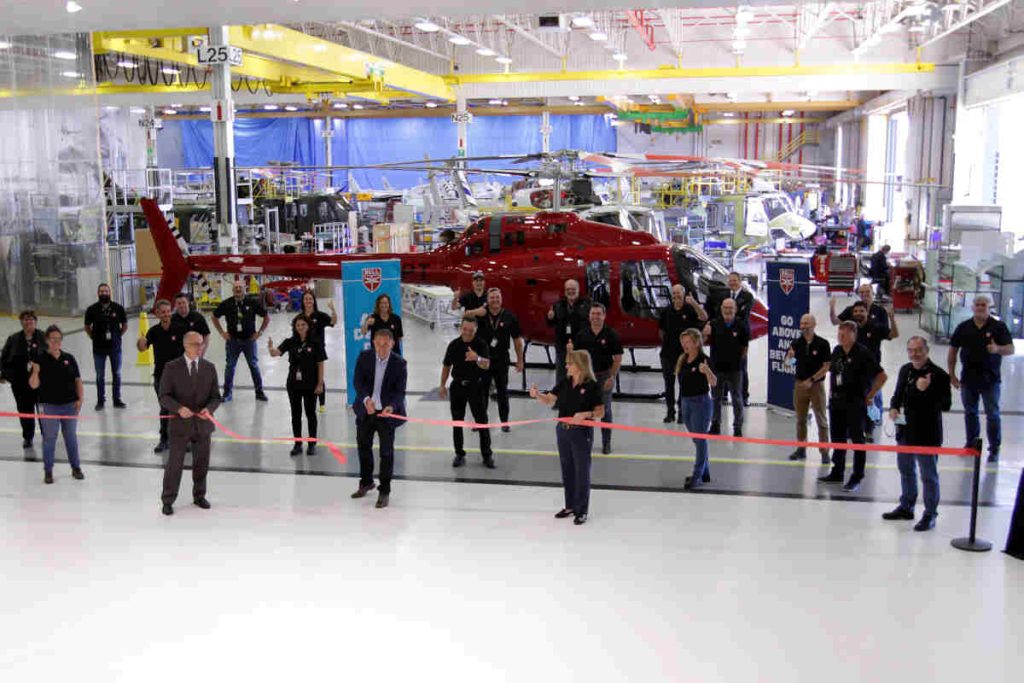 Bell Textron Inc. on October 6 announced it addition of a new maintenance, repair and overhaul (MRO) service in its Mirabel, Quebec, facility.

Bell explains the increasing demand for customer support and services in North America prompted it to provide MRO services directly to all operators of Bell aircraft in Canada. The Mirabel facility provides these services to a range of aircraft, from the Bell 206 – Bell’s first commercial aircraft produced in country – to the commercial aircraft currently being produced.

“We have been in Mirabel for 35 years, conducting composite, final assembly, completion and paint capabilities in our facility, along with technical and product support engineering on site,” said Steeve Lavoie, president of Bell Textron Canada. “As the demand for maintenance increased, it became clear that we had the opportunity to enhance support for our customers.”

Bell entered the Canadian market in 1986 and quickly became a driving force of the Canadian helicopter market, supporting the Canadian Coast Guard, the Royal Canadian Air Force, the Sûreté du Québec, and private owners in North America. Bell has produced more than 5,600 commercial aircraft, which are operating around the world.

“Bell is known worldwide for its industry-leading support and services. Our customers are our priority, and we will continue to listen and focus on providing them with an excellent experience throughout the lifetime of their aircraft, right here in Canada,” said Chad Nimrick, director, Support and Services at Bell.