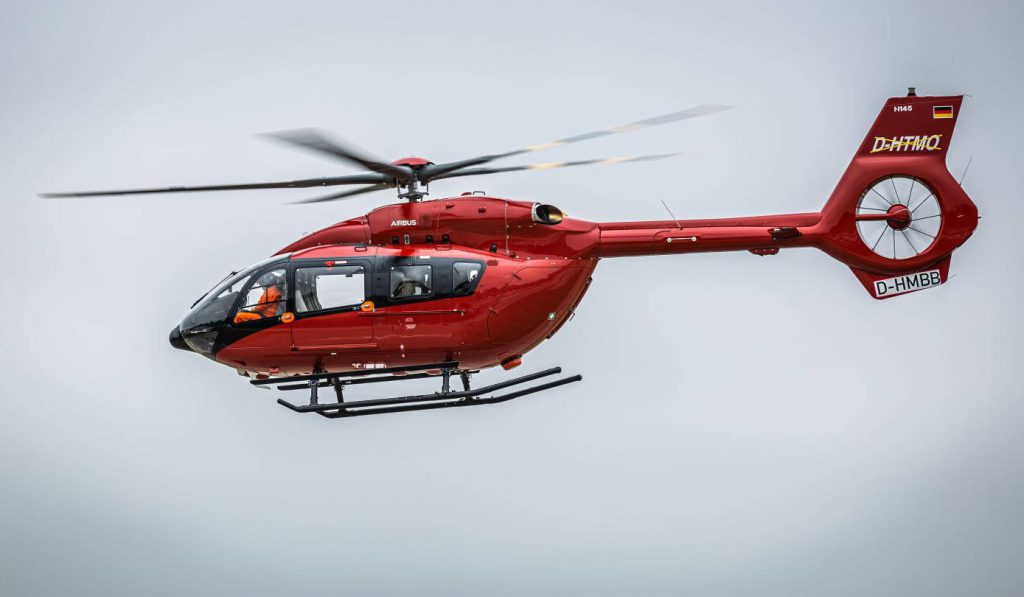 Airbus Helicopters delivered the first five-bladed H145 to be used in the offshore wind segment to its long-term customer HTM Helicopters. The aircraft will be operated from one of HTM’s bases at Norden-Norddeich, Emden, Borkum and Helgoland.

HTM Helicopters is one of the largest helicopter companies in Germany and employs around 150 people. Since April 2020, it has been fully owned by HERISTO Aktiengesellschaft. The new helicopter is equipped with a hoist, floatation equipment, and a cargo hook HTM’s missions, including passenger transport to and from wind farms and hoisting technicians to the wind-turbines.

“We already operate one four-bladed H145 in the offshore wind segment which has proven to be the perfect fit for our operations in often challenging environments,” said Bernd Brucherseifer, Pilot and Managing Director, HTM Helicopters. He notes how the increased useful load, smoother ride and OEI performance of the five-bladed H145 will enhance the company’s missions.

“We’d like to thank HTM Helicopters for its continued trust in our helicopters and especially in the H145,” says Axel Humpert, Head of the H145 Program with Airbus. “We’re proud that our helicopters are used to maintain offshore wind parks, which play an important role in the expansion of renewable energy.”

Airbus explains the European Union has set its target to increase the offshore wind energy capacity to more than 60 Giga Watt by 2030 (2020: 12 GW). The H145, according to Airbus, can address more than 95 per cent of the world’s current and future offshore wind farms projects.

The five-bladed H145 light twin-engine helicopter was unveiled at Heli-Expo 2019 in March. It increases the useful load of the helicopter by 150 kg, while the simplicity of its new bearingless main rotor design will also ease maintenance operations and improve ride comfort.

There are more than 1,515 H145 family helicopters in service around the world, logging a total of more than six million flight hours. Powered by two Safran Arriel 2E engines, the H145 is equipped with full authority digital engine control (FADEC) and the Helionix digital avionics suite. It includes a high performance 4-axis autopilot, increasing safety and reducing pilot workload. Its particularly low acoustic footprint makes the H145 the quietest helicopter in its class.