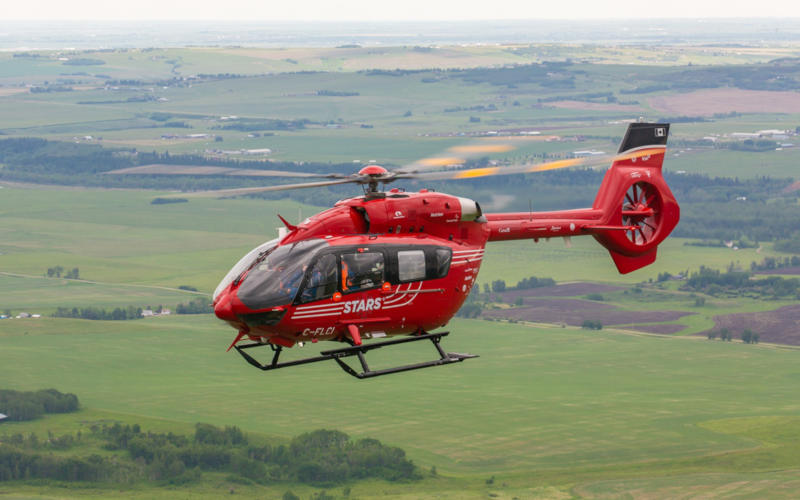 STARS Air Ambulance has signed the first Airbus HCare support and service contract in Canada. The 10-year, nose-to-tail contract will cover nine new Airbus H145 aircraft ordered by STARS. STARS in 2018 launched its program to replace an aging fleet of helicopters, including the BK117.

The first three H145 helicopters have already been delivered to the not-for-profit EMS operation, with the remaining aircraft scheduled for delivery over the course of the next two years. Under the new HCare contract, Airbus Helicopters will provide all spare parts and repairable items for STARS’ fleet of H145s.

“As we introduce new aircraft to our fleet, we want to ensure they receive the exceptional support and service that will keep them flying for years to come,” said Andrea Robertson, president and CEO, STARS. “HCare gives us that peace of mind and allows us to focus on what matters most – patient care and safety.”

Based in Western Canada, STARS is a charitable helicopter air ambulance service that provides critically ill and injured people with emergency care, including access to doctors, nurses, paramedics in addition to air transport. The organization has carried out more than 42,000 missions since it was founded in 1985.

Currently, there are some 220 operators flying approximately 720 Airbus helicopters in Canada.