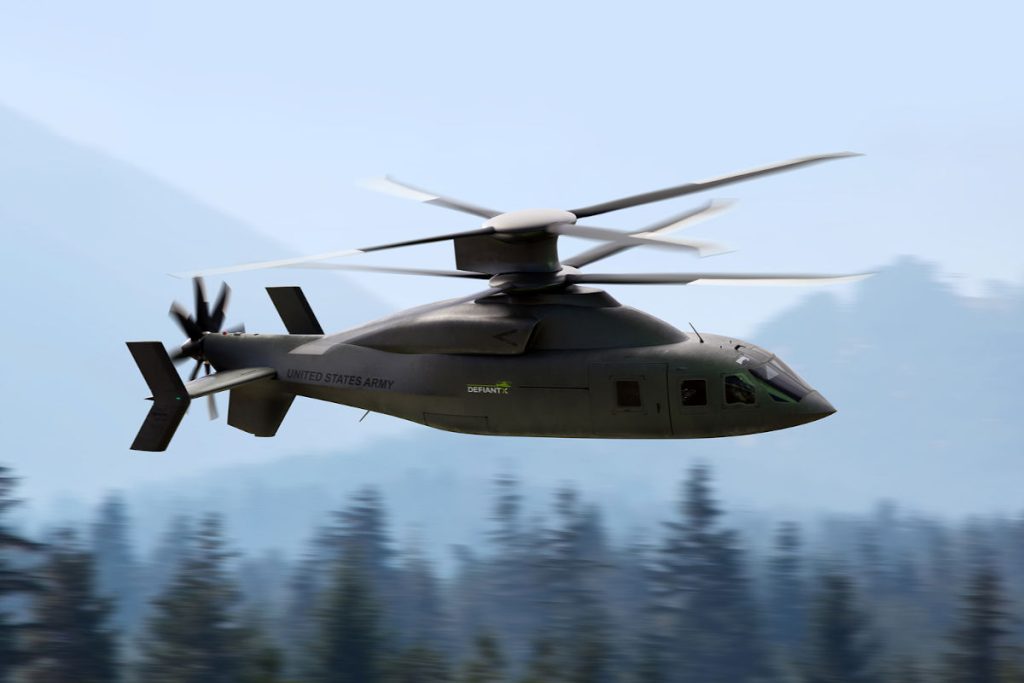 DEFIANT X will leverage Honeywell’s HTS7500 engine in its goal to become the fastest and most maneuverable assault helicopter in history. (Photo: Sikorsky, Lockheed Martin)

The development partners are designing DEFIANT X to be the fastest, most maneuverable and survivable assault helicopter in history.

“Team DEFIANT’s strength is built on the experience of Sikorsky and Boeing, and a commitment to Army aviation,” said Mark Cherry, vice president and general manager of Boeing Vertical Lift. “Honeywell’s history with Boeing and the U.S. Army makes us even more confident that DEFIANT X is the best fit for the Army’s total mission.”

DEFIANT X is described by Lockheed Martin as a complete weapon system that builds on the handling qualities and capabilities proven by the team’s technology demonstrator, SB>1 DEFIANT. It flies twice as far and fast as the Sikorsky Black Hawk helicopter it is designed to replace. The aircraft is currently undergoing testing in a digital combat environment.

Sikorsky-Boeing submitted its proposal for DEFIANT X for the U.S. Army’s Future Long-Range Assault Aircraft in September 2021. The contract award is expected this year, which also includes a proposal from primary builder Bell Textron through Team Valor and the V-280 Valor tiltrotor helicopter.

“Honeywell is excited to be a part of Team DEFIANT and proud to play a part in the future of vertical lift for the U.S. Army,” said Ricky Freeman, president, Defense & Space at Honeywell Aerospace. “We’re confident our HTS7500 engine on the DEFIANT X platform will provide the Army with an agile, fast and maneuverable platform that will help ensure overmatch capability in the future battlespace.”