Projecting annual production of around 100 aircraft by 2025 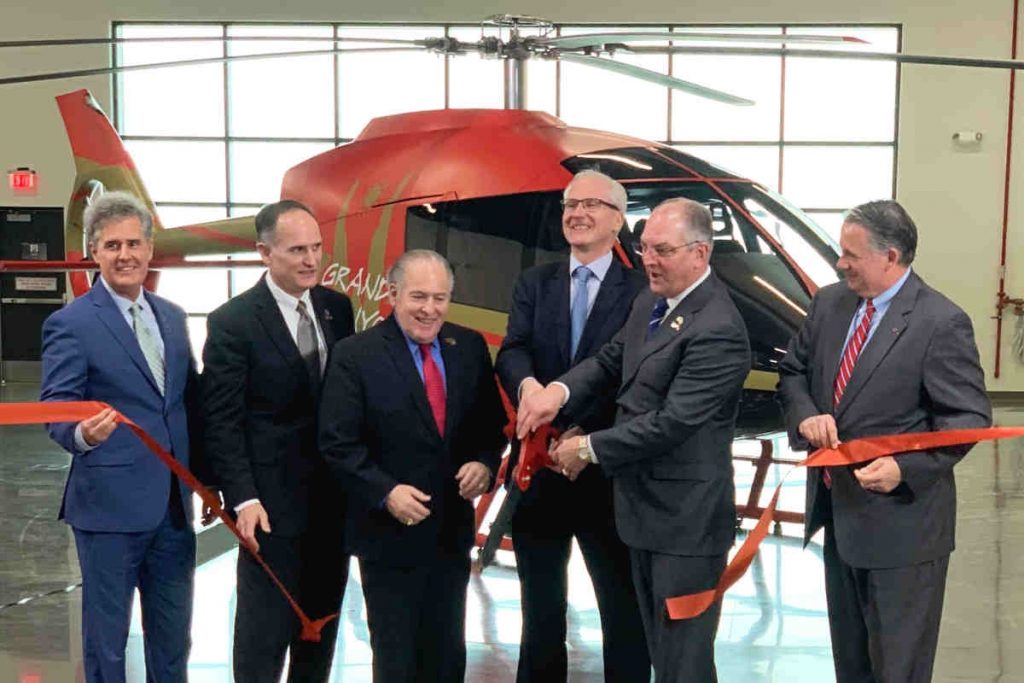 Kopter plans to begin operations in Lafayette by mid-2020 with deliveries of locally assembled helicopters starting in 2021. (Photo: Kopter Group)

Kopter Group AG on March 9 marked its full-scale entry into North America with a ribbon-cutting ceremony at its new 84,700-square-foot facility at Lafayette Airport in Louisiana. In July 2018, the Swiss company formed a U.S. subsidiary, Kopter North America LLC, to be led by Christian Gras – in addition to his responsibilities as executive VP for Kopter Group.

Kopter expects the Lafayette facility to create 120 jobs by 2025 for the annual production of around 100 aircraft, targeting assembly of its SH09 helicopters. The company is leasing the facility from Lafayette Airport Commission, which owns the helicopter assembly buildings. The State of Louisiana initially funded construction of the US$25.3 million Lafayette facility on a 14.7-acre airport site. Kopter states it will make additional capital investments in new equipment and building extensions.

“Louisiana has a rich and storied history in the aerospace sector,” said Edwards. “From key defense installations like Barksdale Air Force Base in Northwest Louisiana and the Naval Air Station at Belle Chasse, to industrial aviation employers at Chennault International Airport and our leadership role in space missions at NASA’s Michoud Assembly Facility, we have proven ourselves as a state of innovation in the flight sector.”

“The Lafayette facility will become Kopter’s main hub for the U.S. and the Americas,” said Löwenstein. “It will include a large variety of activities, such as production, customization and assembly of our helicopters, as well as customer services. We expect to gradually hire up to 120 local personnel by 2025 to produce around 100 helicopters per year, and support the growing fleet in the region.”

Kopter points out additional jobs will be generated in the region with plans to ultimately source U.S. supplier parts representing more than 50 per cent of the SH09 value. Current suppliers include Honeywell (turboshaft engine), Garmin (avionics), Kaman (composite parts), among others. The company plans to begin hiring personnel for the facility later this year. It expects to begin operations by mid-2020 with deliveries of locally assembled helicopters to start in 2021. The company’s investment in Lafayette follows recent news of expansions planned for Kopter sites in Switzerland.

“Kopter Group chose the Lafayette site for several reasons,” said Löwenstein. “First, because of Louisiana, which is a rapidly growing and attractive region and already hosting several key helicopter operators and many industrial players. Second, for the easy access to a qualified workforce and a high-quality educational environment. And third, for the facility itself, which meets the highest standards and allows almost instant operations. Its location on the airport provides an ideal production environment, with quick and easy logistics and commercial access.”