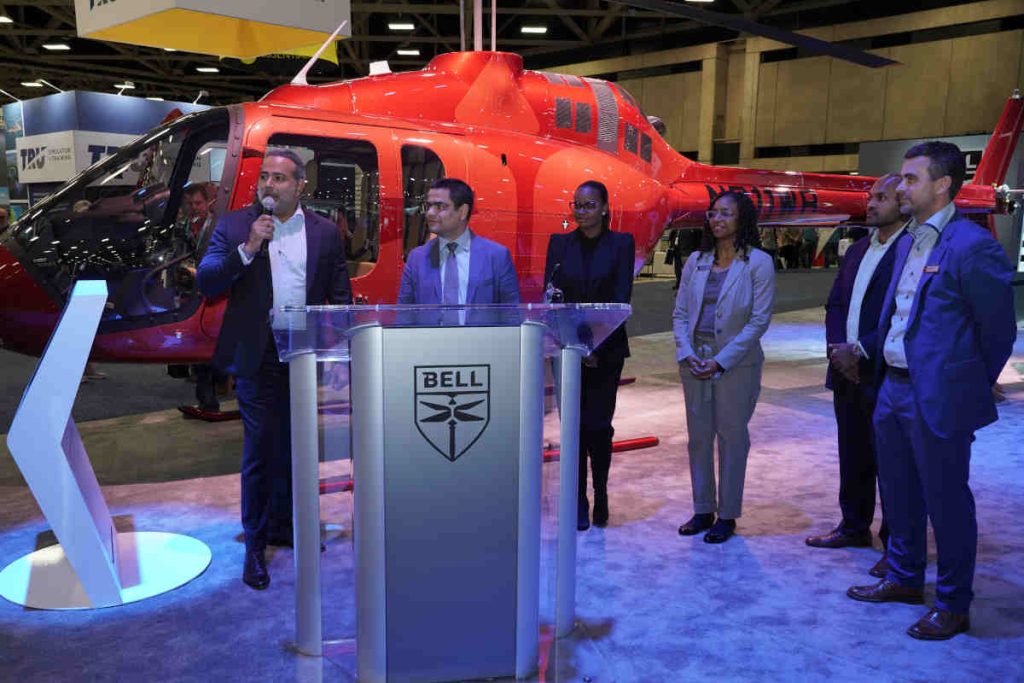 BESTFLY was established in Angola in 2009. (Photo: Bell Textron)

Bell Textron signed purchase agreement for a Bell 505 to Bestfly, an Angolan aviation company, with the intent to purchase a second 505 within six months. This is the first 505 sale in Angola and West Africa.

The first Bell 505 is expected to be delivered October 2022 and the second aircraft expected delivery date is October 2023. The aircraft will be used for corporate transportation around the country.

“Nuno and Alcinda Pereira embody the very spirit for which the Bell 505 was created, enabling extraordinary people to do extraordinary things,” said Sameer Rehman, managing director, Africa and the Middle East. “Their pioneering efforts in West Africa will be further enhanced with the entry of the first Bell 505 in that region. We are privileged to work alongside the Bestfly team as we begin our journey with the Bell 505 in West Africa.”

Bestfly was established in 2009. “We are proud to accept the delivery of the first Bell 505 in Angola and West Africa,” said Nuno Pereira, managing director, Bestfly. “The Bell 505 will be a great addition to our fleet of aircraft. It exceeded our expectations with the large, customizable cabin and fully integrated high-tech features. With the purchase of this aircraft, we are demonstrating our commitment toward enhancing the aviation industry in Angola.”

Bell has almost 30 505s operating in Africa and the Middle East, and more than 300 operating worldwide.