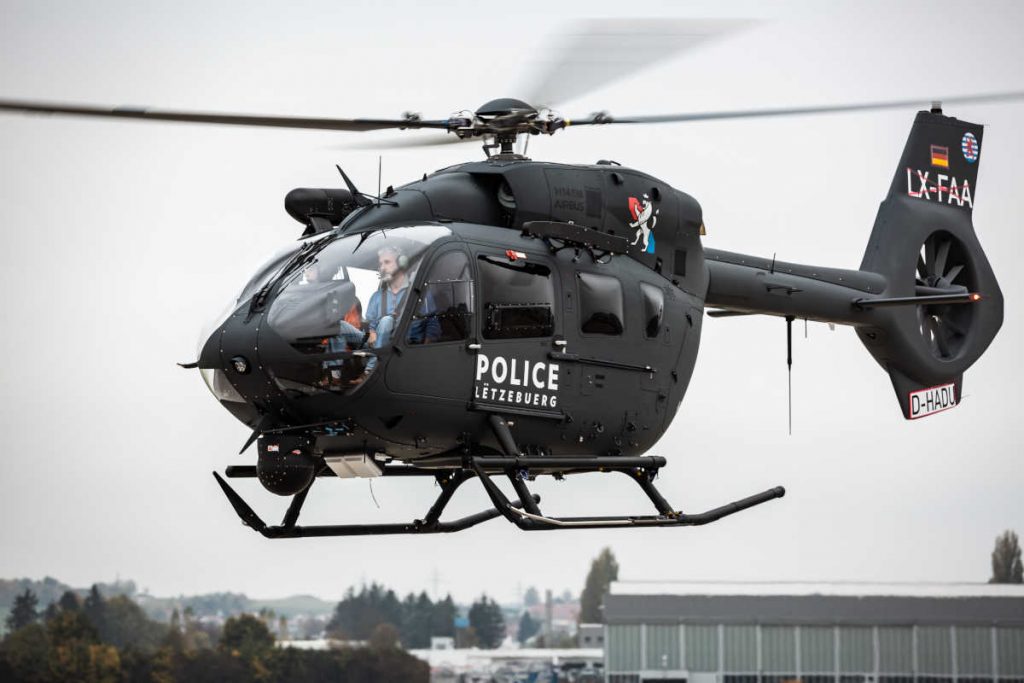 Airbus Helicopters has delivered the first of two H145M multipurpose helicopters for defence and security missions to the Government of the Grand-Duchy of Luxembourg. The delivery also represents the first H145 in Luxembourg. The second H145M helicopter is scheduled to arrive before the end 2019.

The helicopter is equipped with a hoist, a fast roping system, a high-performance camera, a search light, advanced communication systems, and will have provisions to install a light armour protection kit.

Airbus explains technologies on Luxembourg’s H145M allow it to operate in adverse weather conditions and during nighttime. The helicopter will be operated and serviced at Luxembourg Findel Airport, where it has already been presented to public for the first time.

With a maximum take-off weight of 3.7 tonnes, Airbus explains the H145M can be used for a range of tasks, including troop and passenger transport, surveillance, air rescue, reconnaissance and medical evacuation.

The H145M is a light twin-engine helicopter that was first delivered in 2015 to the German Armed Forces and has since been ordered by Hungary, Thailand and the Republic of Serbia. Mission readiness of the H145Ms already in service is above 95 per cent.