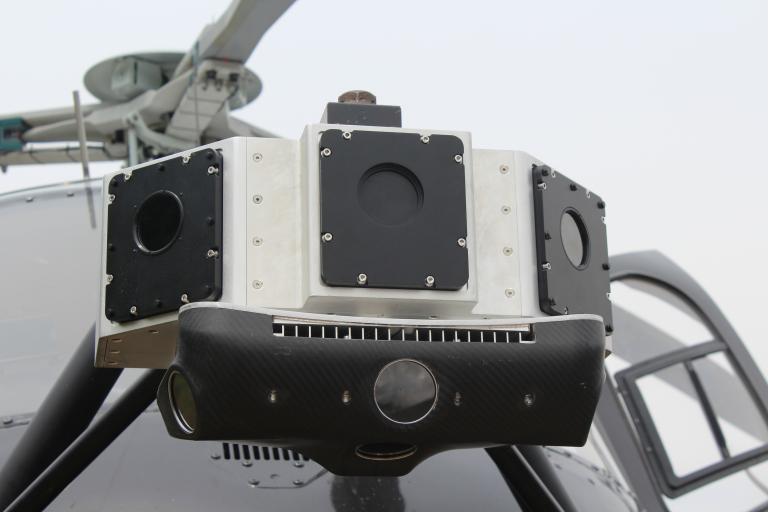 Leonardo’s MAIR system will be in greater demand as armed forces continue to be threatened by heat-seeking missiles. (Photo: Leonardo)

The MAIR system has been installed on a testbed helicopter and departed from La Spezia on the coast of Italy on a round-trip flight path which took it past nearby Genova. During the test, Leonardo explains MAIR operated as expected and was able to record data throughout the flight. Further flights will now take place to verify the MAIR’s full suite of modes.

MAIR works by using a series of distributed Infra-Red (IR) sensors to provide complete spherical coverage for aircraft crews. In its missile warning mode, MAIR is able to detect incoming missiles and differentiate them from other heat sources, delivering a high probability of detection and early warning with a low false alarm rate, even in heavily cluttered environments.

Leonardo explains this level of performance is possible due to MAIR’s proprietary processing techniques, which draw on Leonardo’s years of experience in providing Infra-Red Search and Track (IRST) systems, such as the Skyward-G which equips Saab’s Gripen E combat aircraft and the PIRATE, which has been operationally-proven on board the Eurofighter Typhoon.

Leonardo states it sees a growing demand for systems like MAIR as armed forces continue to be threatened by heat-seeking missiles. While the testbed aircraft being used for this trial campaign is a rotary-wing platform, MAIR is platform-agnostic and can also be integrated on fixed-wing combat aircraft as well as larger transport and surveillance aircraft.

As well as providing situational awareness, MAIR can boost survivability by automatically cueing protective measures such as the company’s Miysis Directed Infra-Red CounterMeasure (DIRCM) system in response to threats. In this scenario, MAIR would detect, track, classify and declare if an incoming missile is a threat and then pass the information to Miysis, which would then defeat the missile by shining a laser precisely onto its seeker, steering the missile away from the host aircraft.