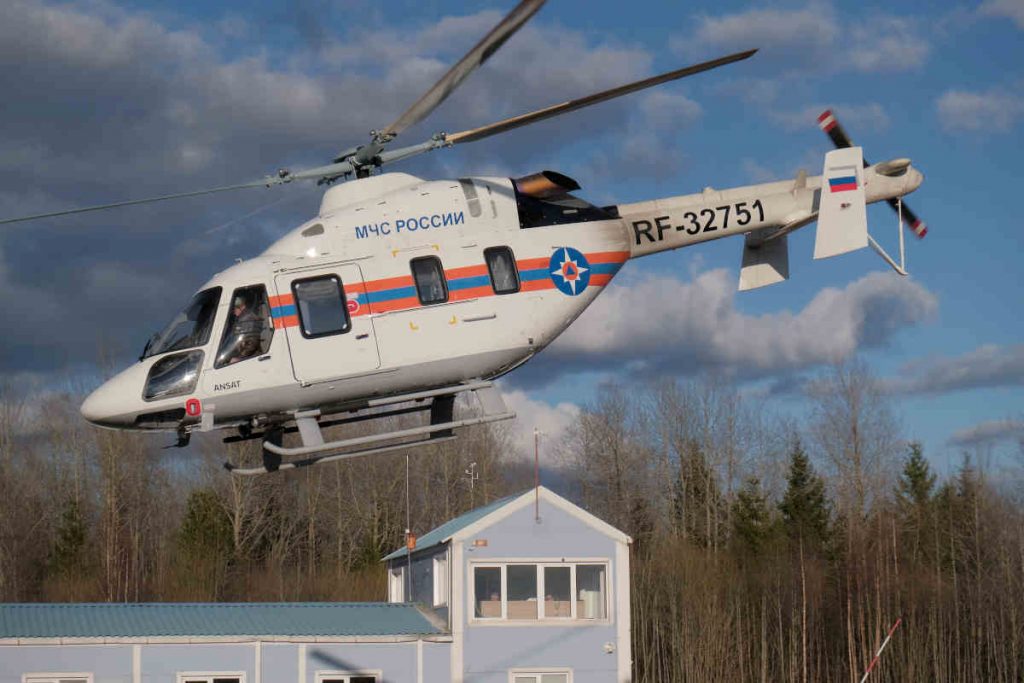 The Ansat delivered to the North-Western Aviation and Rescue Center of EMERCOM holds seven passenger seats, with options for installing a medical module. (Photo: Russian Helicopters)

Russian Helicopters holding company, which is part of the Rostec State Corporation, on May 14 announced it has supplied the first Ansat helicopter for EMERCOM of Russia, which is part of a fund supporting the development of state authorities in civil defense, emergencies and elimination of consequences of natural disasters.

The helicopter was delivered to the North-Western Aviation and Rescue Center of EMERCOM located at Kasimovo Airfield. Kazan Helicopters and the fund signed the contract for the aircraft in March 2019. It was delivered in a universal version holding seven passenger seats, with options for installing a medical module. The Ansat will be used for transporting staff, cargo and equipment in the cabin or on an external sling, and to tackle special tasks.

“The use of Ansat helicopters for air medical services has shown that their light weight, maneuverability, and agility, as well as a high degree of readiness for take-off, allow addressing a wide variety of tasks, including those in an urban environment,” said Yuri Pustovgarov, managing director of Kazan Helicopters. “Due to cooperation of Rostec holding companies, the rotorcraft is constantly being improved and new capabilities are being added: certificates for the emergency floatation system, and for installation of a complex for transporting newborn babies have recently been received, and other modules for Ansat have been designed.”

As part of a program to develop air medical services, about 30 Ansat helicopters have been supplied to customers, and they are being used for transporting patients from hard-to-reach areas to medical facilities. In late 2019, two Mi-8MTV-1 helicopters made by Kazan Helicopters were also handed over to EMERCOM of Russia. Under the contract, one of the helicopters is equipped with an external sling, which allows transporting large cargo weighing up to four tonnes. The second Mi-8MTV-1 helicopter is to be handed over to the Zhukovsky Aviation and Rescue Center.