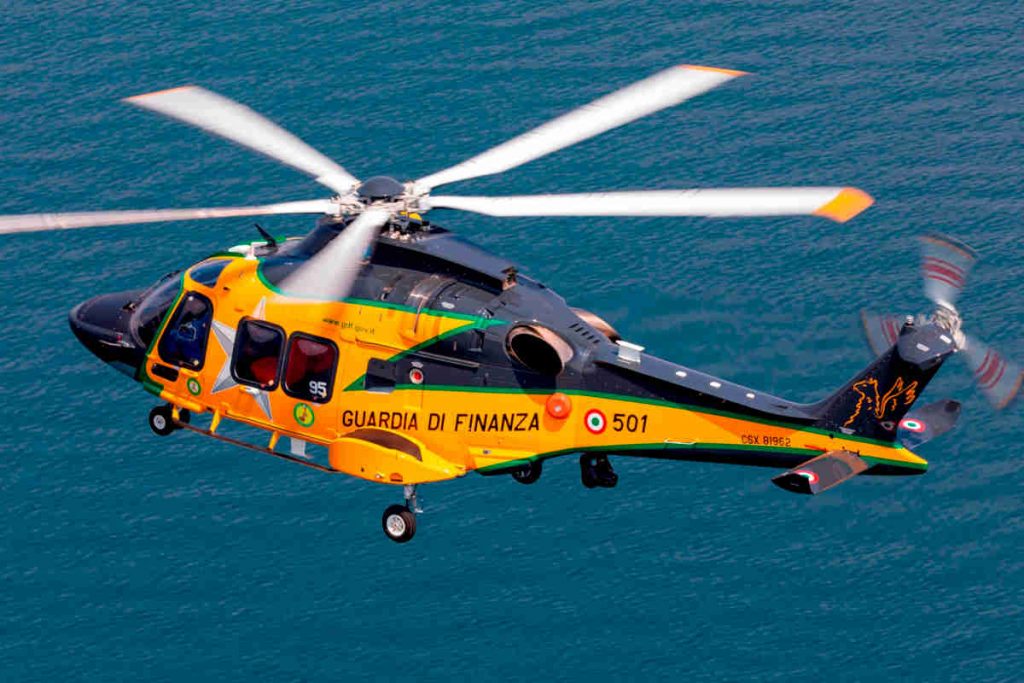 Leonardo has delivered the first of 22 AW169M light intermediate twin-engine helicopters to Italy’s Guardia di Finanza. The initial delivery is linked to a contract worth 280 million euros ($413 million in Canadian funds), which was signed at the end of 2018. The contract also includes what Leonardo describes as a complete support and training package that can be extended in the future for further services with an additional value of 100 million euros.

The AW169Ms will be used for various tasks, including: maritime police/patrol, homeland customs security, law enforcement, rescue and other security duties. The delivery of all aircraft is expected to be complete by 2024, complementing a fleet of 14 AW139 intermediate twin helicopters. 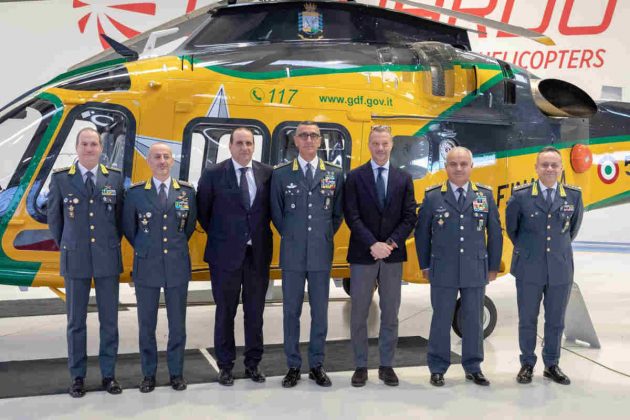 Handover of the first AW169M to Guardia di Finanza was held at Leonardo’s Vergiate plant on November 12. (Photo: Leonardo)

The AW169M represents the government variant of the AW169, which Leonardo describes as its new generation helicopter program, equipped with state-of-the-art on-board technologies. The AW169M obtained its military certification by ARMAEREO (Italian Directorate Air Armaments) in September 2019. To date there are more than 90 operative AW169s worldwide and orders for the helicopter exceed 200 units – from more than 80 customers in 30 different countries.

In its home base of Italy, Leonardo explains the AW169 has already proven successful among various operators for EMS duties across the country. There are also various applications for which this helicopter is used, particularly VIP-corporate transport, search-and-rescue activities, government, and law enforcement services.